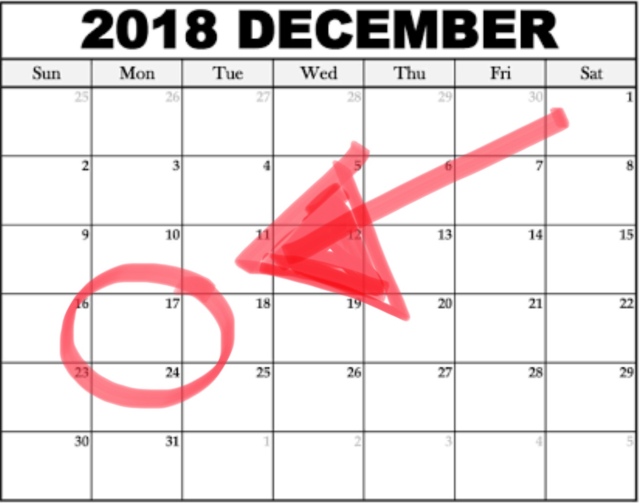 I have been reading, this morning, about the fact that December has started. It is a time, it would appear, for reflection. I’ve read a lot about ‘what a year it has been for me’ and I have read all about people’s achievements and about their personal growth over the preceding eleven months. Nobody seems to hold great hopes for December itself, though. They are already beckoning in another year. Sorry December. Please step aside and let us through.

The focal point for the month, to be sure, is towards the end and I suppose I can understand the excitement of getting there. But it must make a date like, say, December 12, feel a bit inferior and a bit pointless. This year I might hold a celebration of some sort on December 17 – in the name of diurnal equality.

My mother, incidentally, was born on December 25. What rotten luck.

But if I am to get all reflective myself then I’d have to admit to having achieved absolutely nothing so far this year. Based on form it is unreasonable to anticipate great successes in the next 31 days either. Last year was much the same. I have gotten a bit lazier and fatter, I suppose, but this is not so much an achievement but rather just part of the evolutionary process. I was discussing with a friend last night (over a glass of wine. Or two) the idea of devolution …. she was wondering if it were possible to go backwards in the process. She had noticed that those around her were growing gradually more stupid. She may have been referring to me.

The idea is a nonsense, as far as I can tell, for it assumes that there is a direction in all of this – some sort of destination for the great ship of fools. But there is no up or down, no east or west. Nowhere to go. So just relax. And stop trying to steer. We will all get there soon enough and when we do we will realise that there is here and then is now. We have already arrived.

But try to set aside a little time for December 17, just the same. Try to make it feel special.

36 thoughts on “Mark your calendars”