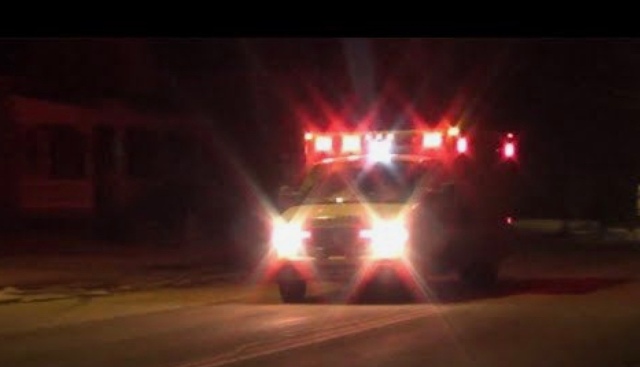 In a recent post which was little more than a sad plea for entirely undeserved sympathy some of you may have registered, I was dragged away kicking and screaming to the hospital on Christmas Eve. It is now the morning of December 29 and I have spent the last few days absorbing tax-payers’ money with all manner of blood tests, X-rays, MRIs, anaesthesia, surgeons, knifes, stitching, machines that go ‘bing!’ and, of course, an assortment of drugs. There are only a few good things in that list. I’ll leave it to you to guess which ones they are.

Has anyone spent much time in hospital? Not a lot happens around here. So this little post is just a way of me filling in time. Don’t bother reading it. You have better things to do.

Further sympathy is not required (or even advisable) – I am more interested in devious escape plans that others might have employed with success. Meg helped me with one that involved several junior members of my family and (for reasons unexplained) a kangaroo. The plan failed.

I am old. One must accept these little inconveniences and indignities with the passing of time.

I have no spleen. That’s right – I am literally spleen-less, due to a moment about one hundred years ago during which I zigged when I should have zagged. The result of that is that I am particularly susceptible to infection – a fact that tends to set off alarm bells with medical types whenever something goes a bit wrong with me.

Are you interested in this? Probably not. More important background information is the fact that Mrs Richmond (and myself, to a lesser extent) had prepared a Christmas lunch consisting of cured trout and caviar, rolled lamb, ham and a peach salad followed by several cakes and deserts. Anyone who knows me would understand that some trouble had been taken with the wine list.

Thus far I have only seen photographs of it. It was served 3 days ago.

My older son threw me in the car and rushed me to hospital when things started to go pear-shaped. Mrs Richmond was in the shower at the time so, before we left he opened her bathroom door and spoke through the gap, “Hey, Mum, I’m taking stupid to the hospital, see ya!”

Apparently she emerged from the bathroom about 5 minutes later wrapped in a towel.

“What was that all about?” she asked.

My daughter-in-law is Korean and about as unflappable as her husband so replied, matter-of-factly, “oh…. he take Papa to hospital.”

Things ramped up fairly slowly at the hospital with a few fairly boring drugs but it wasn’t long before it became rather more industrial. I was doing some fairly heavy duty swearing, apparently, and the drug regime was wound forward a few notches if for no other reason than to keep the noise down. Even my son was getting a bit concerned at this point and was conducting all these inane one-sided conversations in the hope of diverting my thoughts. He was hugging me and rubbing my back all the while. I am not known as a tactile/human touch sort of person so it was a bit surreal to be softly embraced by a huge, heavily bearded bear. And quite beautiful.

Meanwhile Mrs Richmond had arrived and was questioning everything the doctors did. “What’s happening to him?” “Why are you giving them that?” “Hasn’t he had enough of that already?” “He’s getting worse, give him some more.” That sort of thing.

Eventually my son said to her, “Keep it up Mum. You’ve really got them on their toes. It’s only a matter of time before one of them admits to a fatal error of judgement.”

This quietened her down for a minute or two but, as things deteriorated further she couldn’t help herself, “Do something. Please do something.”

“I’ve already given him enough to kill a brown dog,” one made the mistake of saying.

“What I mean lady, is that we are getting a bit out of our depth. It’s a small hospital [it really is] and it’s best we put him in an ambulance and send him elsewhere.”

And so that’s what happened.

Who of you have spent much time in ambulances? One might intrinsically assume that they would have a smooth ride, like travelling on a waterbed. But the fact is that because of the weight that they have to carry the suspension is very solid. At high speed it’s like travelling in the London to Dhaka rally.

A few minutes later, “Slow your breathing down, you don’t look so good. Want some more?”

What seemed like five minutes later, “You’ve really got to slow your breathing down. We’re almost there. How’s it going?”

“Actually …. that last one might have hit the spot.” I was beginning, in fact, to feel nothing.

“That’s it, that’s it. Just slow your breathing down a bit more. One more for the road, then?”

“Another dose of morphine? Are you sure? Is that OK?”

“You can’t have too much of this stuff. Trust me.”

I was willing to trust anybody by then, of course. But I was wondering if my breathing might be in danger of stopping altogether.

In the emergency room I was met by Mrs Richmond and my son. Somehow they had managed to beat the ambulance to the hospital. That was a bit of a disappointment . Thinking back now on events I realise that they didn’t use the siren either. What a rip-off.

My son managed to snap another photo in his collection entitled ‘A Portrait of the Artist as a Very Old Man’. I have since seen it. He was certainly right about one part of it, anyway.

23 thoughts on “‘How I spent Christmas’ or ‘Travels in an Ambulance’ an update.”